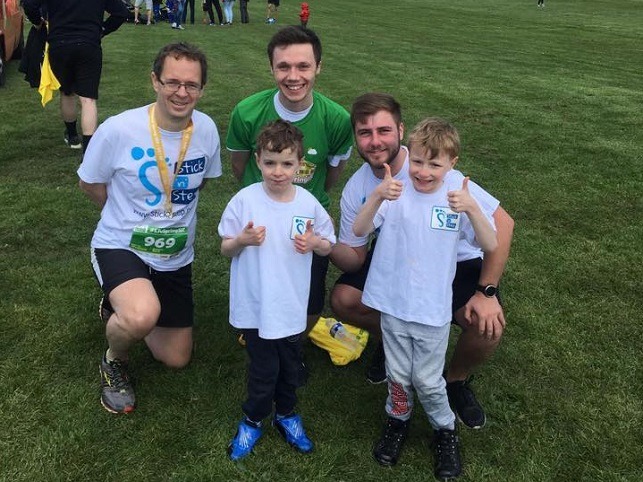 Kane Barlow, Aidan Bowles and Richard Lunt spent their bank holiday Saturday morning running a 5km long route around Sefton Park. Their run began and ended at the same point near the Samuel Smith memorial at the Lodge Lane entrance to the park.

Kane Barlow, Area Sales, said: “The work Stick ‘n’ Step do is fantastic and I’m proud M&P are helping that work by raising as much money as we can for this great charity. It was an honour to run alongside the amazing Stick ‘n’ Step staff in the Liverpool Spring 5k. I met some of the children at the run and they were truly inspiring. Thank you Stick ‘n’ Step.”

Over £100 was raised by the 5k runners in addition to funds raised through other initiatives by the Chester-based survey equipment supplier.

M&P will continue their fundraising efforts for their nominated charity when they turn their attention to the Wirral Coastal Walk in June. A group of staff will collect sponsorships before taking part in the organised charity walk around the coastline of the Wirral peninsula.