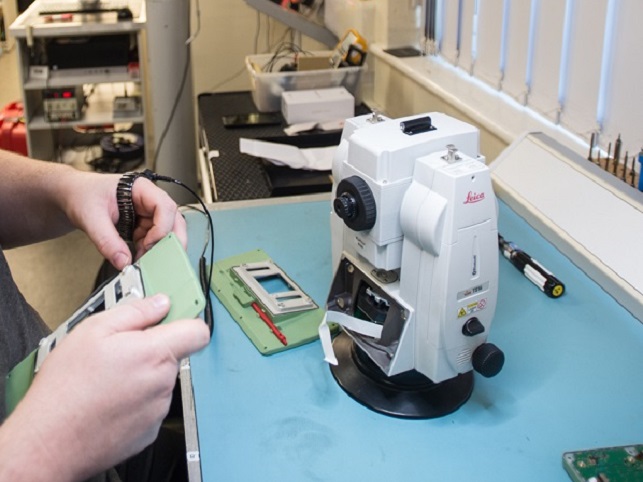 On a Friday evening in June, a PLP Construction engineer left a Manchester building site in his van, heading to a local gym on his way home. When he returned to his van in the gym car park, it became clear that his van had been broken into and a piece of equipment was missing. A stolen Leica TS16 Total Station was reported to Greater Manchester Police, who provided a crime reference number.

PLP Construction had hired the total station from M&P Survey Equipment so a call was made out of hours to make the hire desk aware of the theft. Like all of M&P’s state-of-the-art hire fleet, the instrument was fitted with a LOC8 theft deterrence module. This allowed them to log on to an online portal and immediately view the status of the TS16.

M&P was able to request live tracking on the instrument and follow the movement of the stolen goods. They were also able to share a Google Maps link with PLP Construction so they could track the position too.

Thanks to live tracking, M&P could see that the thief stopped off at a fast food restaurant before heading to a property in a residential area. The LOC8 module provided an exact address, which PLP Construction passed on to Lancashire Police. The police noted that the address was associated with a known offender and an officer was on the scene within 10 minutes.

The Lancashire Police officer spoke to an occupant outside the property while the PLP Construction engineer knocked on the front door. He was greeted with the question “are you the police?” and the man went back inside the building. The engineer recognised the sound of mini prism poles knocking together from inside the house and quickly alerted the officer.

The stolen TS16 was found and returned immediately to PLP Construction. No arrests were made at the time but Lancashire Police are currently working in collaboration with Greater Manchester Police to build a prosecution over the theft.

The LOC8’s tracking history with timestamps could potentially allow the police to request corresponding CCTV footage along the stolen TS16’s journey and collect evidence.