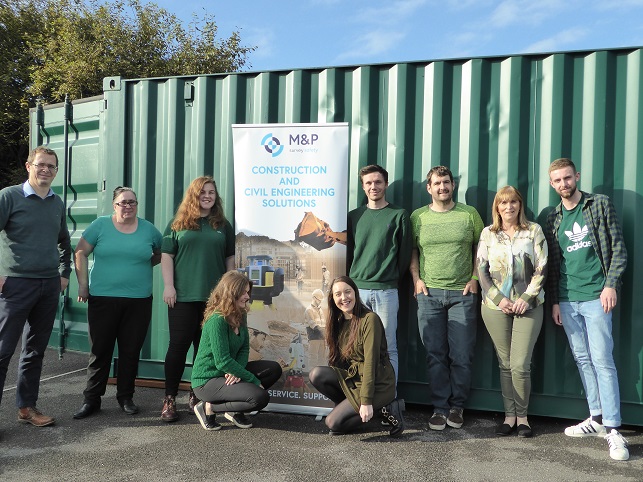 Staff at M&P Survey Equipment’s offices in Chester rummaged through their wardrobes to dress in green on Friday 4th October in support of World Cerebral Palsy Day on Sunday 6th.

The green day was part of the global ‘#GoGreen4CP’ initiative, intended to boost awareness of cerebral palsy around the world.

As well encouraging people to dress in green, the #GoGreen4CP campaign also pushed for landmarks to be lit up in green on World Cerebral Palsy Day. Chester’s Eastgate Clock and Town Hall were illuminated in green, as well as other landmarks across the UK, USA, Canada and Poland.

Everyone at M&P was keen to get involved with the awareness campaign and spread the word as their nominated charity for 2019 is Stick ‘n’ Step – a local cerebral palsy charity.

An impressive amount has already been raised for Stick ‘n’ Step this year and the staff at M&P are proud of their efforts and hoping to finish 2019 off with a big push on fundraising.